Record Store Day began back in 2007 as an annual event held on one Saturday in April each year to, quote, ‘celebrate the culture of the independently owned record store’. What that means in simple terms is that for one day each year record companies in several countries release rare, collectors’ item singles and albums on CD and vinyl that are only available for purchase at independent record shops. You can’t buy ’em on Amazon, you can’t buy ’em  at Walmart, you have to get yourself down to a record shop (yes, they do still exist!) to purchase these records. And what great records they are too. I’ve been involved for the past few years with designing the packaging for The Who’s special RSD releases including two 10″ vinyl records of Pete Townshend’s Quadrophenia demos (2012), The Who’s vinyl 45 -rpm single ‘Be Lucky’ (2015), the reissue on 180-gram heavyweight parka green-coloured vinyl of the Music from the Soundtrack of The Who Film Quadrophenia (2017), and this year a fabulous reissue of The Who’s soundtrack album The Kids Are Alright, first released in 1979. 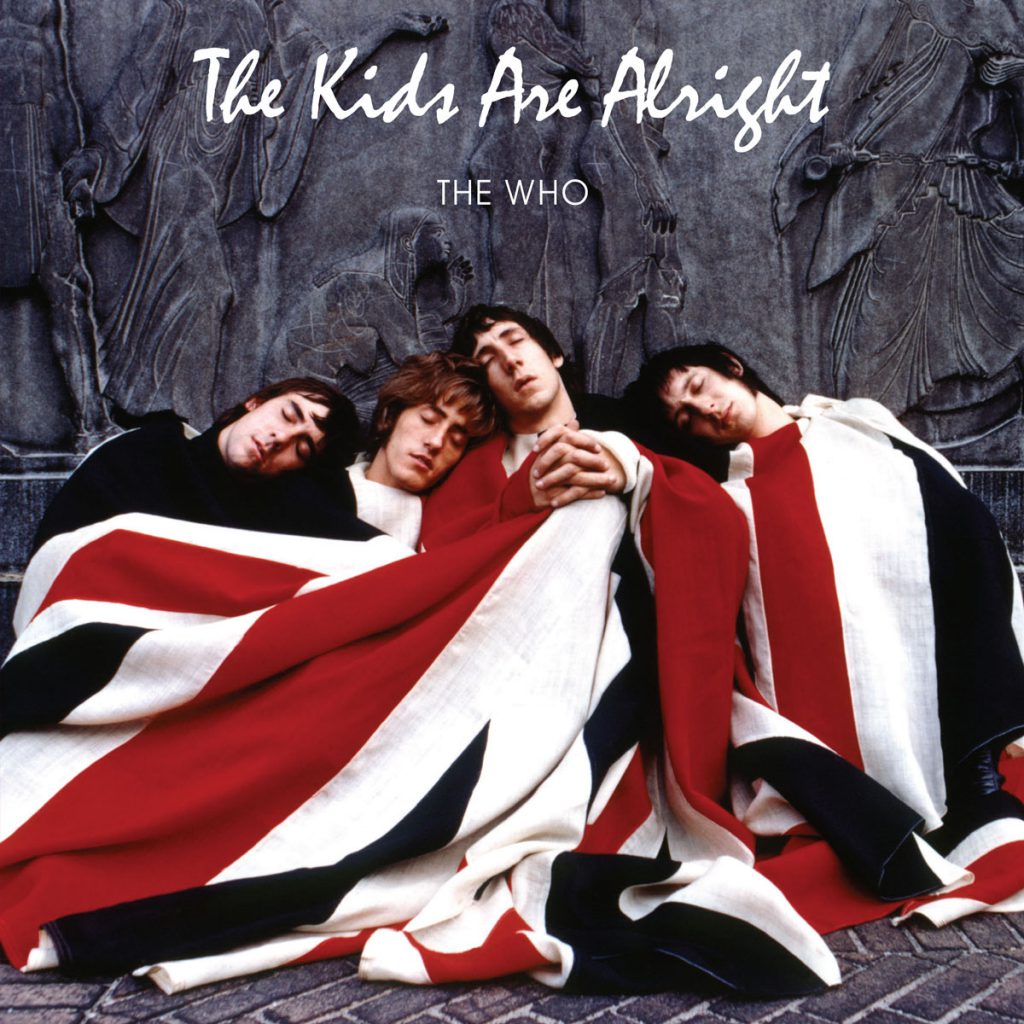 Now, The Kids Are Alright soundtrack holds a special place in my heart because it was the very first album which I designed for The Who all those years ago, so it was with great pleasure that I reconstructed the artwork for this new reissue. The original artwork has long since disappeared down the hole where all missing artwork seems to go to, but fortunately I knew where all the components were. The front cover photograph was taken in 1968 by top-notch American photographer, the late Art Kane. He had photographed the band specifically for a feature in Life magazine that year. The Who were posed fast asleep under a Union Jack flag at the Carl Schurz Memorial at Morningside Park, New York City. Rumour has it they really were asleep not having slept much the previous two nights due to having been turfed out of several hotels due to Keith Moon’s on-tour antics blowing doors off hotel rooms with cherry bombs.

The two inner liners bags were a graphic interpretation of the metal film cans that hold the film reels and the four record labels were the film reels themselves, the spool of film getting smaller and smaller on each label. In the 1979 release these two liners bags were printed in metallic silver ink and blind embossed ie: the lettering was raised. How did I get away with that? It must have cost a fortune to produce back then, but in those days many album covers were embossed or die-cut, or had inserts etc. Before the advent of costly promo videos, record companies thought nothing of spending vast amounts of money on lavish album packages.

The 2018 version looks great. No embossing this time around, I’m afraid, but the print quality is stunning and the two discs themselves are pressed on red and blue vinyl. The Kids may have grown up to become The Kids Are 39-Years Old, but this two-disc album seems to be as popular as it ever was. Happy Record Store Day everybody! 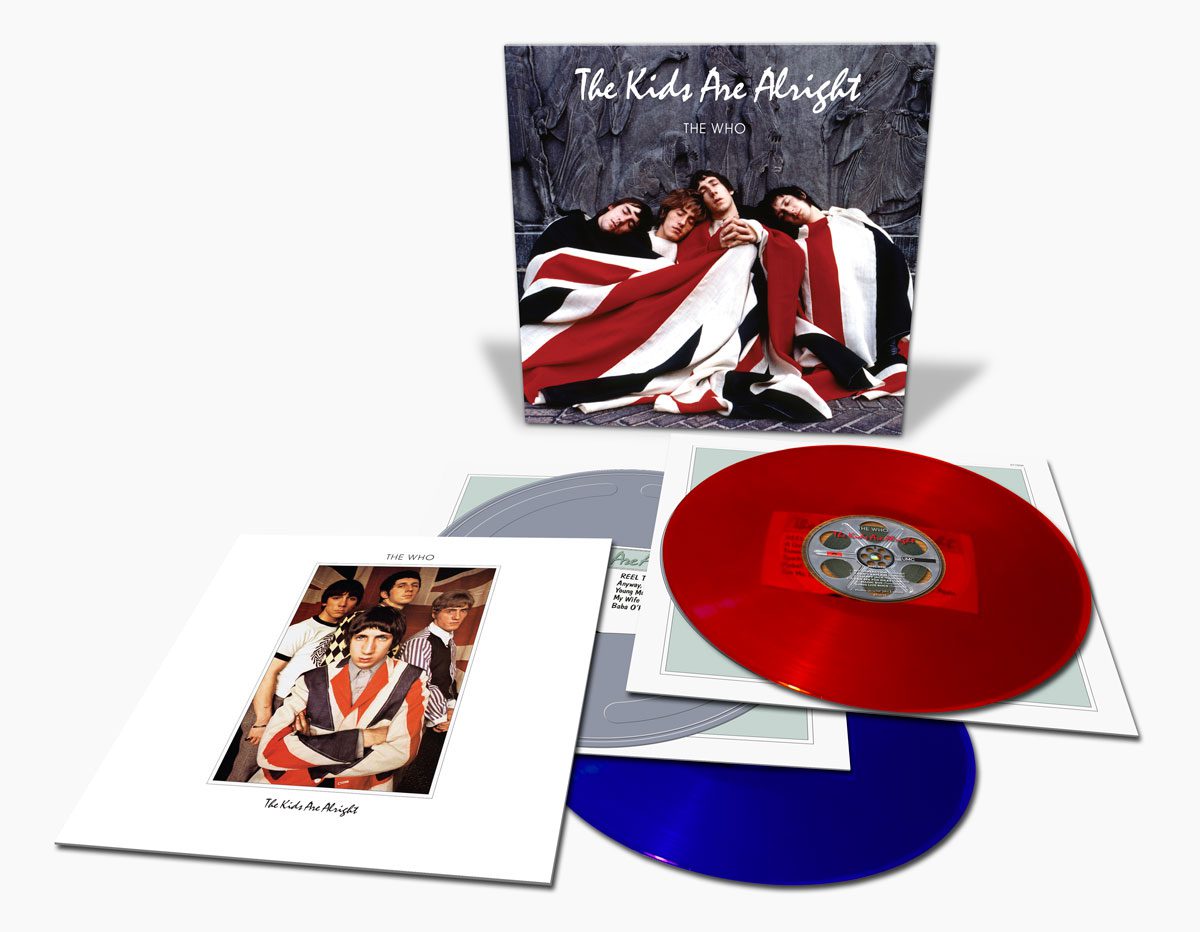