When Derek and Paul met Harrold

Derek Taylor was the press officer for The Beatles in 1964 and toured with them on their first visit to America, later working for their organisation Apple Corps in London. From all accounts he was a very likeable and beautiful man, regarded by many as the ‘fifth Beatle’ – a moniker that he shared with Neil Aspinall and George Martin.

He was originally a journalist from Liverpool, writing for papers such as the Liverpool Daily Post and later the Daily Express. It was the Express who, in 1963 sent him to cover a Beatles concert, his editor asking him to write an unfavourable review of what the paper considered was a ‘teenage fad’. Derek went, fell in love with what he saw and heard, and shortly after, was hired by Brian Epstein. What then followed was the sort of thing that you and I can only dream about – hanging out with John, Paul, George and Ringo, being a part of Apple, the Beatles’ business empire and in the mid-sixties working in America with the Beach Boys, The Mamas and The Papas, The Byrds, Paul Revere & the Raiders and er, very briefly, Mae West.

In 1973 when the dust had finally settled on the bitter split up of The Beatles and the non-stop cocktail party that was Apple finally came to an end, Derek Taylor wrote down most of what he could remember of those unique and crazy times and the ensuing book was published under the title As Time Goes By. And now 45 years later, to my delight, Faber & Faber have republished it.

Most of the stories and anecdotes concern The Beatles although Derek’s days working in Los Angeles with many of the top bands and singers of the day are equally of merit. It was Taylor who, for example, dreamed up the claim that, ‘Brian Wilson is a genius’ and who wrote of Pet Sounds as being a ‘pocket symphony’. And when he wasn’t working for The Byrds and The Beach Boys et al, it was Taylor, along with John Phillips of The Mamas and The Papas and record producer Lou Adler, who organised the 1968 Monterey Pop Festival. 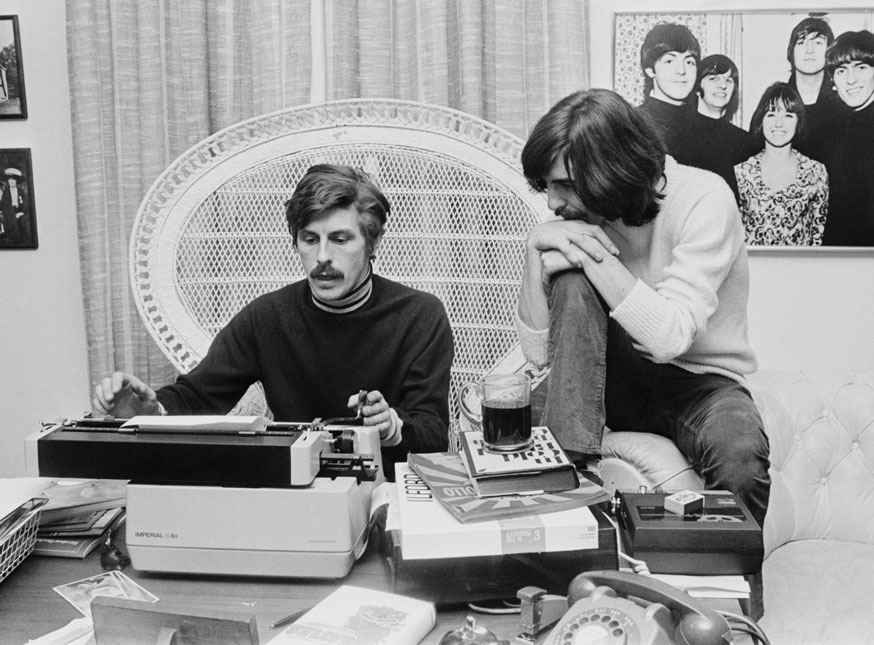 Derek Taylor with George Harrison at Apple in 1969.

In writing about The Beatles he, like most of us back then, was completely enamoured by them and they could do no wrong – although, of the four of them, he was often to clash with Paul McCartney – particularly when Derek returned to the fold to work at Apple in 1968. But he does write a delightful tale of accompanying Paul, Peter Asher and Alan Smith of the New Musical Express on a trip to Bradford one Sunday to record a song Paul had written called ‘Thingumybob’ with the Black Dyke Mills brass band. Once the recording session was over, the four of them climbed into their Rolls-Royce to return to London. But before leaving, Derek Taylor had taken a tab of LSD, and with its effects starting to show, Paul casually remarked, “Should be an interesting journey”. As they drove back, they decided to further enhance the trip by choosing somewhere completely at random from the car’s AA handbook and then paying it a visit ‘just to see what it is like’. Leafing through the pages, Peter Asher suddenly cried “Harrold!” The driver took the next turn and on a journey winding through B-roads and tiny country lanes they finally emerged in the sleepy village of Harrold, Bedfordshire. A man in shorts, mowing his lawn, nodded to the foursome as they made their way up the lane to the local pub. ‘Welcome to Harrold, Paul” said the man who, it turned out, was the local dentist, “I can hardly believe it, in fact I think I’m dreaming.”

The four of them were invited into his house where his wife prepared a banquet of hams and pies, salads, bread and cakes, chicken and fruit. After they’d eaten and pushed back their chairs, the couple’s little girl came downstairs and without a word handed Paul her acoustic guitar. What then transpired, said Derek, was . . . “the strangest Happening since Harrold was born, the dentist and his wife, and the neighbours as they crowded the windows and the parlour, and the children, all caught their breath as Paul McCartney began to play the song he had written that week: ‘Hey Jude,’ it began.

At 11 o’clock in the evening word came from the pub that the landlord would keep the place open if Paul and his entourage would agree to pay them a visit. So off they all trooped. “The pub was absolutely full,” said Derek, “The whole village was here. Paul played the piano until at three o’clock a woman stood and sang ‘The Fool On the Hill’ and he left the piano to dance with her and kiss her on the cheek . . . We left then, waved away by the Harrolds, by all of them, and we never went back and I never looked at the map again, not even to see if Harrold was there.”

Derek Taylor died of cancer in 1997 whilst back working with Paul, Ringo and George, helping them compile their Anthology book.

Derek Taylor As Time Goes By. First published in 1973 by Davis-Poynter Ltd. Re-published in 2018 by Faber & Faber. 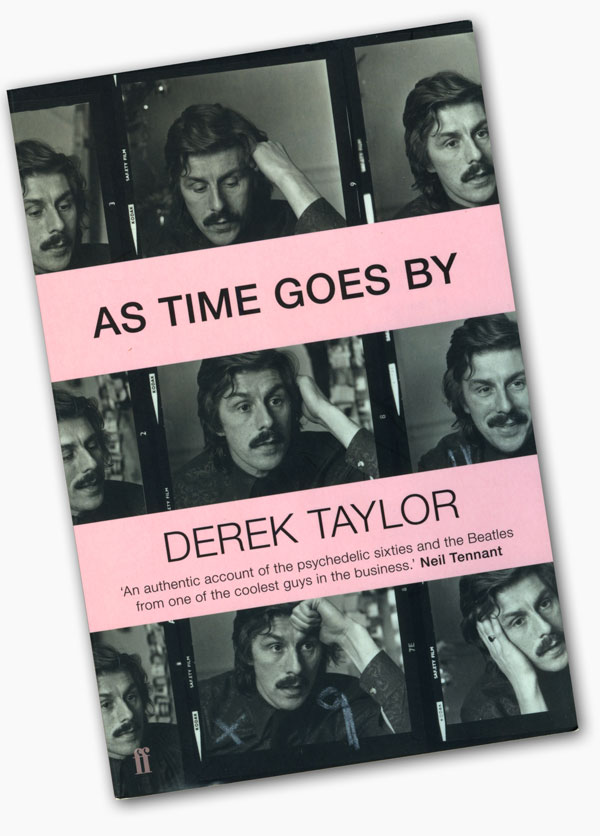 One thought on “When Derek and Paul met Harrold”