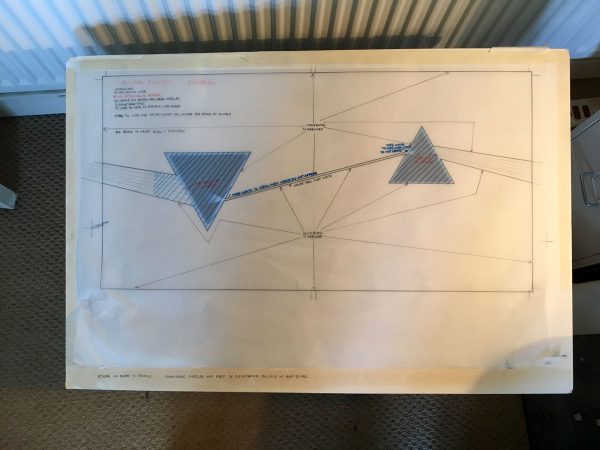 At the end of this week the highly popular exhibition of Pink Floyd ephemera and memorabilia – Their Mortal Remains – closes at the V&A museum in London whereupon it will all be dismantled and packed away and shipped off to the next venue for four months. 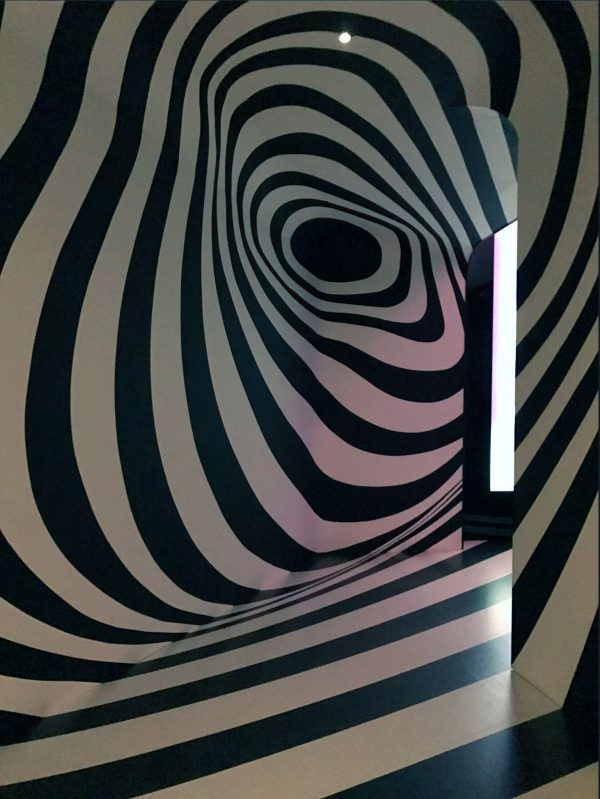 I produced several pieces of work for the exhibition including the Op Art interior of the Bedford van that opens the show, a tourists’ map of Pink Floyd’s Cambridge, my 1975 cartoon strip of Nick Mason in the Pink Floyd comic, re-drawing some of the pig illustrations for Animals, the motel window for The Wall and recreating a facsimile of the original mechanical artwork for The Dark Side of the Moon. The original artwork had been drawn up by George Hardie and Storm had sold it to a collector many years ago. The owner was reluctant to let go of it even for the exhibition and so Po asked me if I would re-draw it. Based on photographs, I reproduced it exactly as the original,  – scuff marks, thumb prints, creased overlays, blots and smudges included.

Like all exhibitions, you open the door at the very end and walk straight into the merchandise shop. Wall-to-wall pink pigs, pyramids and prisms and, appropriately, ‘Money’ blasting out of the sound system. On the rails were t-shirts a-plenty including this one which was their best seller. I designed the original back in 1977 for the then Animals tour. I had in fact designed a pig, a sheep and a dog t-shirt. The pig naturally proved the most popular. Interesting to note that this shirt is in the exhibition selling for £30 – exactly the same amount of money I was paid for the design forty years previously!

Money, it’s a gas. Grab that cash with both hands and make a stash. 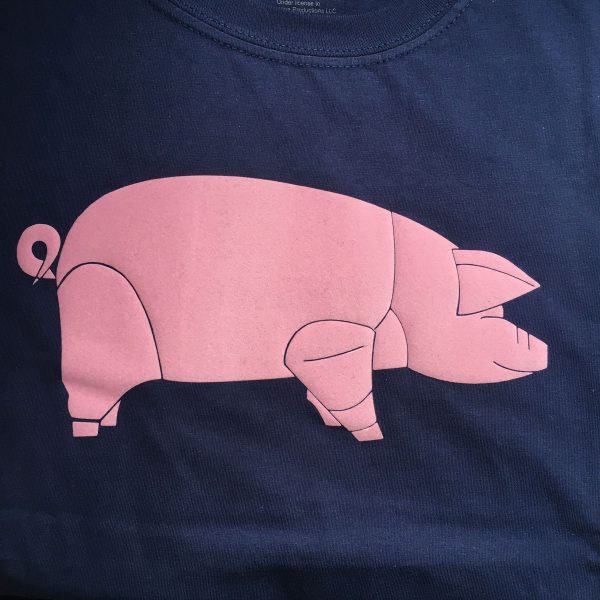