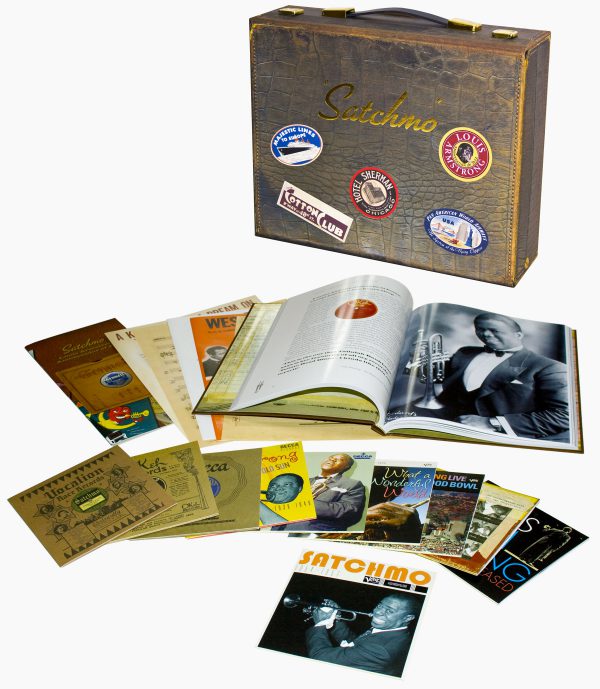 Probably one of the most lavish box sets I’ve ever designed, this was a joy to work on – and a pleasant change from my usual diet of rock’n’roll album projects.

Satchmo: Ambassador of Jazz is a ten-CD box set which includes a hardback illustrated book, a track-by-track annotated booklet, several insert replicas of Satchmo’s own sheet music and scores from his personal archives, plus the ten CDs all housed in their own miniature period record sleeves.

The outer box is an alligator-skin brief case adorned with travel decals and labels and gold-foil embossed with the Satchmo logo – the whole idea being that this is Pops’ own personal brief case, the one he travelled the world with.