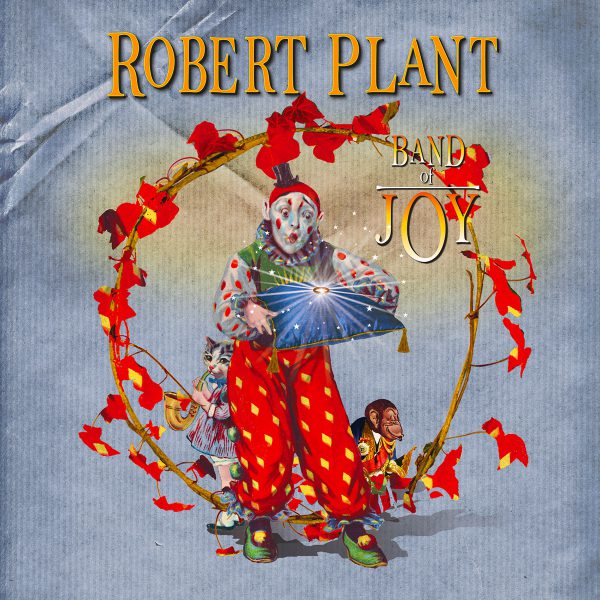 Robert Plant put together a new band for this album and even named his new band and album after his original pre-Zeppelin group, Band of Joy. The new line-up included Patty Griffin and Nashville song-writer and guitarist Buddy Miller – who also produced the album.

Robert had a concept for the album cover which included a string of circus characters forming a sort of grand parade. I came up with the idea of the central clown character holding the precious ‘band of joy’ atop a velvet gold-braided cushion accompanied by animals playing musical instruments – another band of joy.

The garland of red ivy repeats on the back cover, encircling a feather – Robert’s motif from the four symbols depicted on Led Zeppelin III. As always, very Robert, very magical and very mysterious.

The opening track, ‘Angel Dance’ was taken from the album and released as a single. For the sleeve, I continued the anthropomorphic theme of circus animals playing musical instruments, including this delightful winged cat girl strumming her five-string guitar. 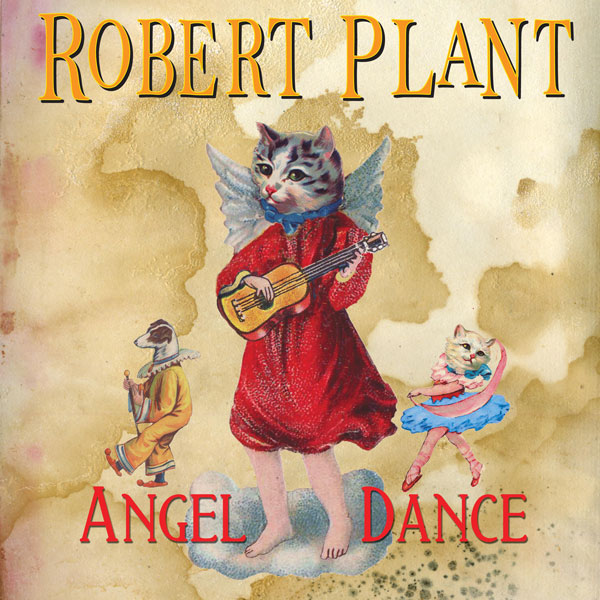