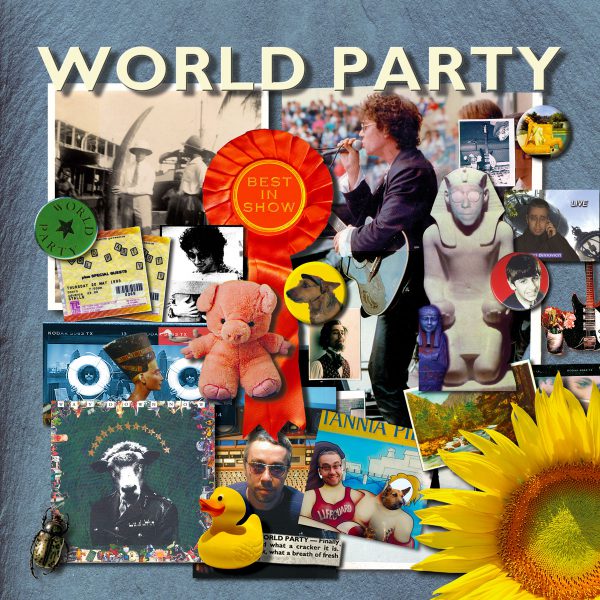 Karl Wallinger’s World Party had a string of hits singles and albums including the anthemic ‘She’s The One’ which Robbie Williams took to the topper-most of the pop charts.

This compilation ‘best of’ album takes the best cuts from five of their albums. I’d been to an agricultural show round about this time hence the album title and red rosette. My original idea for the front cover was the two-headed sheep which refers to a line in one of the songs . . . “All the clocks will all run backwards, all the sheep will have two heads”. In the end I made the composite montage for the front cover and the champion ‘best in show’ two-headed sheep took pride of place on the back cover.