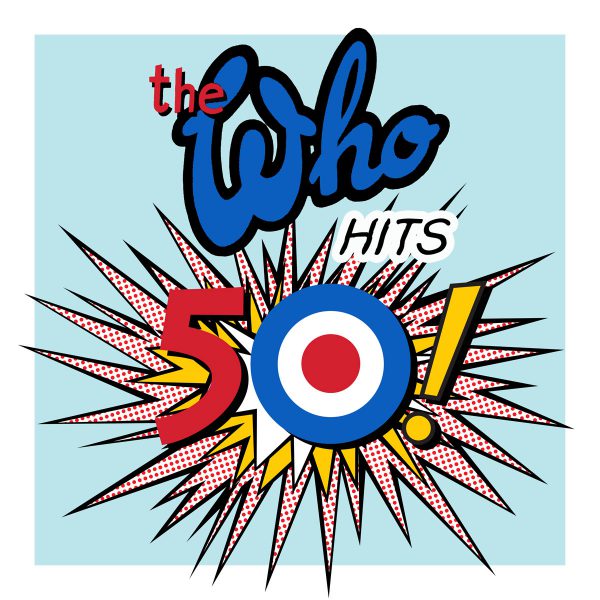 In 2014, in the words of Roger Daltrey,  The Who announced “the beginning of the long goodbye”. What followed was a two year tour, kicking off in Abu Dhabi, then covering Great Britain, several European cities and festivals, a mammoth tour across Canada and the United States including both weekends of Desert Trip and ending with a spectacular concert in Mexico City. To accompany the tour Polydor  / Universal put out a 2-CD / 2-LP collection of the very best of The Who from their first single, ‘Zoot Suit’ (as The High Numbers) through all their classic hits and finishing off with a brand new single, ‘Be Lucky’. Both the tour and the album were called The Who Hits 50! and so the tour logo and album cover set the pace with a punchy and uplifting Pop art look inspired by Roy Lichtenstein.

The tour logo was featured on press ads, posters, billboards, freeway signs and TV commercials plus a full range of tour merchandise. 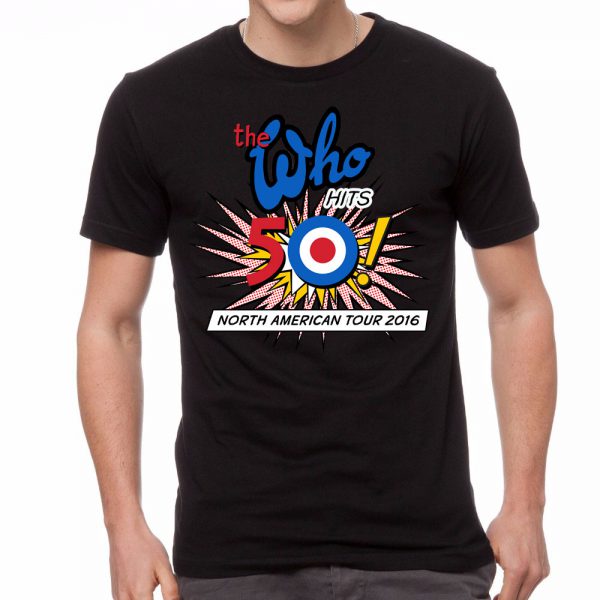