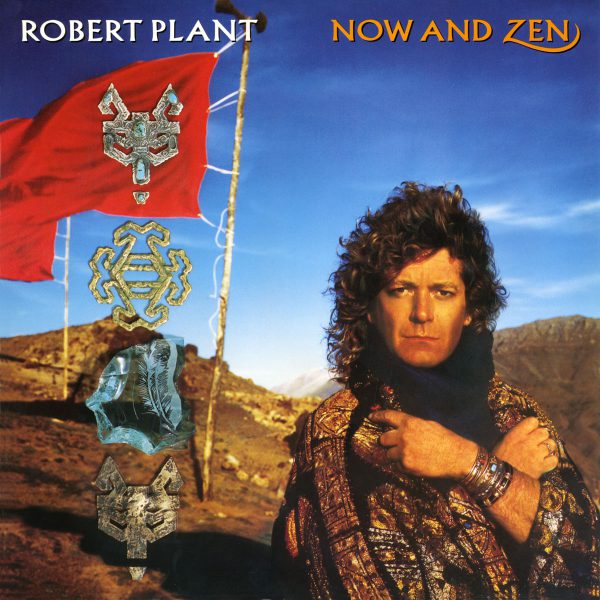 Robert Plant’s fourth album as a solo artist. The original title of the album was Wolves, so I worked on the ‘wolf’ concept, designing these wolf-head logos. At the last moment the album title was changed to Now and Zen.

I was working on the concept of this album cover at the same time that my chums Aubrey ‘Po’ Powell and Peter Christopherson were planning a video shoot for the first single off the album, ‘Heaven Knows’. For both the video and the album cover shoot we set off for Marrakech in Morocco followed by a dusty trip through the Atlas mountains to Zagora on the edge of the Sahara.

The album cover was shot in the Atlas mountains, as well as clips for the video, with the hill-side location decked out with bright red banners unfurling in the mountain breeze and Robert, draped in a magnificent bejewelled cape, looking the flaxen-haired rock god that he truly  is.

The Celtic wolf heads and knot design I had made by The Great Frog, rock’n’roll jewellers in Carnaby Street and the glass ‘feather’ piece was made by American glass artist Danny Lane. Photography by Davies & Starr. 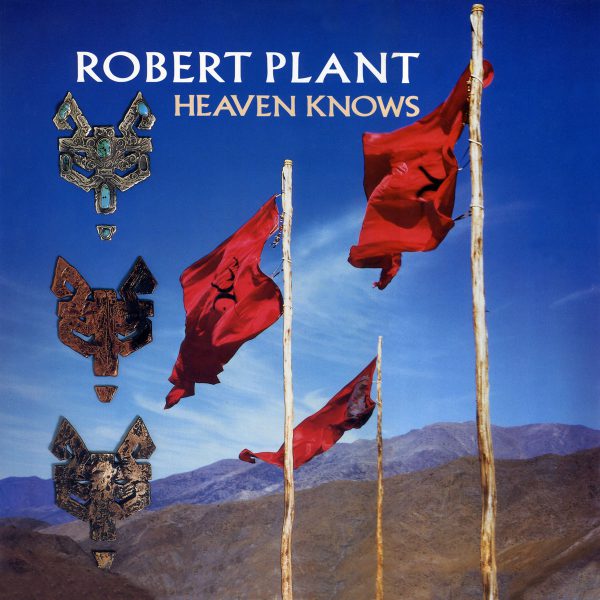