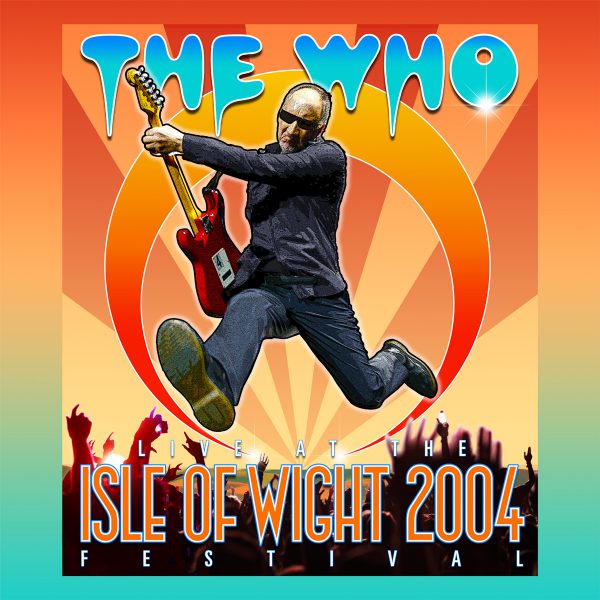 The Who’s return to the Isle of Wight Festival since their last appearance there in 1970 was filmed and recorded and in 2017 released on audio CD, DVD and Blu-ray.

The brief from Pete Townshend for the cover design was that he didn’t want anything ‘modern’ but would prefer something ‘psychedelic’ – sort of in the vein of artists such as Mike McInnerney who had created the Tommy album artwork back in 1969.

Not wishing to create a pastiche of psychedelic art, I came up with this design, which tips its hat to the Art Deco style that a lot of 60s artists favoured. My original layout included the figure of Roger Daltrey with his microphone spinning out towards the viewer, but he said he was happy just to see Pete leaping through the frame.