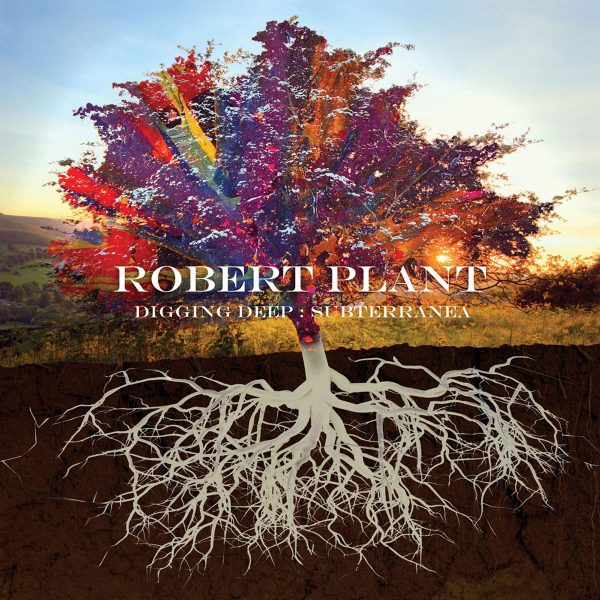 The cover for Robert Plant’s new album Digging Deep : Subterranea , a two-disc set that traces his solo career from 1982’s Pictures At Eleven album right through to the present day with rare cuts and big hits and includes three previously un-released tracks. I’ve always enjoyed working with Robert because he generally has a good idea of what he’s looking for in a cover or may have a germ of an idea which, in conversation then leads on to something exciting. And so it was with this sleeve. He wanted a cover to echo elements from his 2019 seven-inch singles box set, Digging Deep – a musical feast that accompanied his fascinating podcast series of the same name. After running through a few initial ideas we latched onto the concept of a tree, a magical and mythical hawthorn displaying both its aboveness and belowness. I love hawthorns, especially when they’re in blossom and I embellished it with the colours from the Digging Deep cover. This tree really is digging deep with its display of both its brightly coloured, blossom-heavy branches and its ghostly roots. And to add the fairy dust, the first rays of the sun make the whole tree burst into colour.