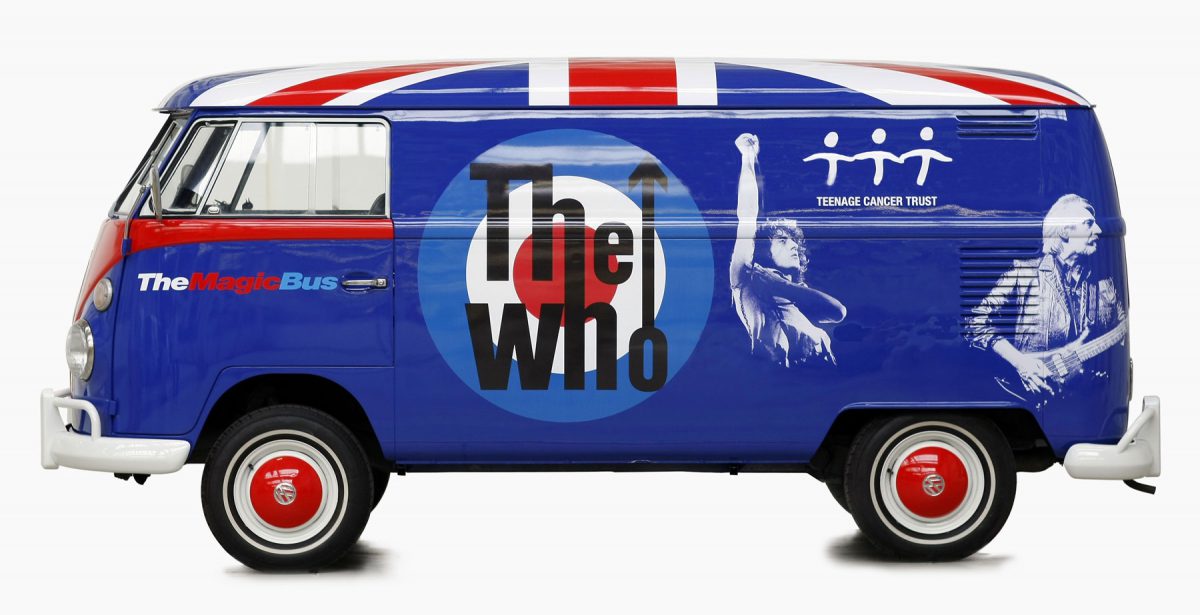 In 2008 I was commissioned to design a special Who livery for a 1965 Volkswagen T1 Panel Van which was to be raffled in aid of the Teenage Cancer Trust. The Magic Bus was specially branded with iconic images of the band and personally signed on the sun visors by Roger Daltrey, CBE and Pete Townshend.

Inspiration for raising vital funds for the Trust stemmed from a collaboration between Volkswagen Commercial Vehicles and The Who, culminating in a special live performance by the band at the 60-year celebrations of the VW Bus in Hanover, Germany in October 2007.

The Magic Bus competition was launched in April 2008 by Roger Daltrey at the Teenage Cancer Trust’s legendary Royal Albert Hall shows and since then the Magic Bus has toured the country and acquired an international fan base. Over eight thousand raffle tickets were sold and more than £28,000 was raised for the charity. 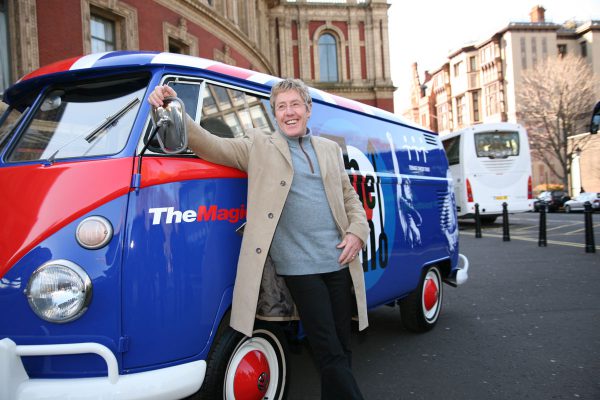