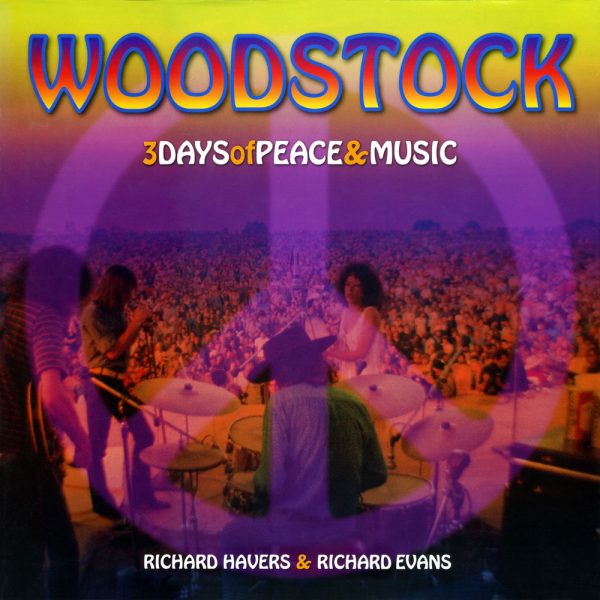 2019 was the fiftieth anniversary of – to give it its full title, the Woodstock Music & Art Fair: An Aquarian Exposition: 3 Days of Peace & Music – so I thought it an appropriate time to include this book in the current portfolio. I designed and co-authored this book in 2009 with the late Richard Havers with whom I worked on several projects around this time. I guess it must have been done as a 40th celebration of Woodstock as I remember there were several books on the subject published that year.

So this is our book and, brag as I may, I think it’s one of the best. In some territories it was titled as Woodstock Chronicles and that, in fact, is what it is. Woodstock chronicles every single hour of the three-day festival including sections on the lead up to the festival with pages on previous festivals such as the Newport Jazz Festival and 1967’s Monterey Pop. It includes pages on how it was organised and by whom, how much each band was paid, how people got to Woodstock and over 200 pages on each and every band, group and person who played there, day-by-day, hour-by-hour. We give you the set-list for each band, the time of their appearance, a bit of history about them and what happened to them after they played Woodstock. Lots of great photographs of the bands, singers, musicians and fans, plus the festival site, the food stalls, the queues, the mud, the rain, the sunshine, the thousands of people . . . and all the litter afterwards.

Woodstock: 3 Days of Peace & Music, I’m pleased to say, is still available on Amazon and other online book sites.