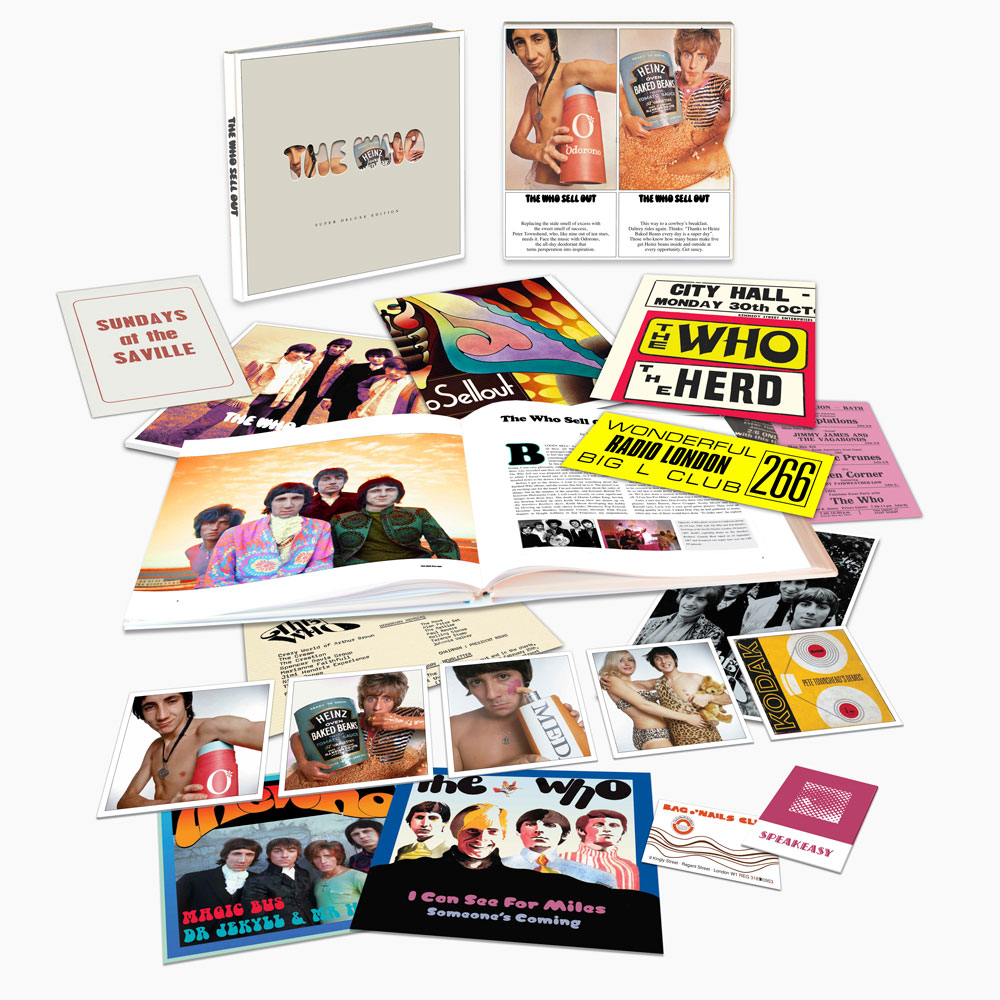 The Who’s iconic 1967 album The Who Sell Out received the full recognition it so rightly deserved in 2021 when UMC/Polydor released a super deluxe edition consisting of a hard slipcase containing an 80-page hardback book carrying five CDs in picture wallets in its endpapers, plus lots of new and unseen photographs and new liner notes from Pete Townshend and notes by pirate radio DJ Pete Drummond, recording engineer Chris Huston, commercials director Arnold Schwartzman, Speakeasy manager Roy Flynn and yours truly.

Also in the slipcase is a box envelope containing delightful replicas of memorabilia of the time including the original psychedelic poster by Adrian George, a poster for a concert in Newcastle starring The Who, The Herd and The Tremeloes, a replica concert programme by The Who and Vanilla Fudge at Brian Epstein’s Saville theatre, a bumper sticker for Wonderful Radio London, fan club photos and a newsletter, a card for the Bag o’Nails club in Kingly Street and Keith Moon’s signed membership card to the Speakeasy club. Also in the box you will find two 7″ vinyl singles of ‘I Can See For Miles’ and ‘Magic Bus’.

The five CDs include both the mono and stereo mixes plus a CD of out-takes and rarities, a CD of recordings from 1968 ‘on the road to Tommy‘ and a fifth CD of Pete Townshend’s home studio demos.

Also released are a 2CD deluxe edition in a 6-panel digipak, a stereo vinyl 2LP edition of The Who Sell Out plus a mono edition with a second disc of bonus tracks. The two LPs are pressed on coloured vinyl: Odorono Red for LP1 and Baked Bean Orange for LP2. 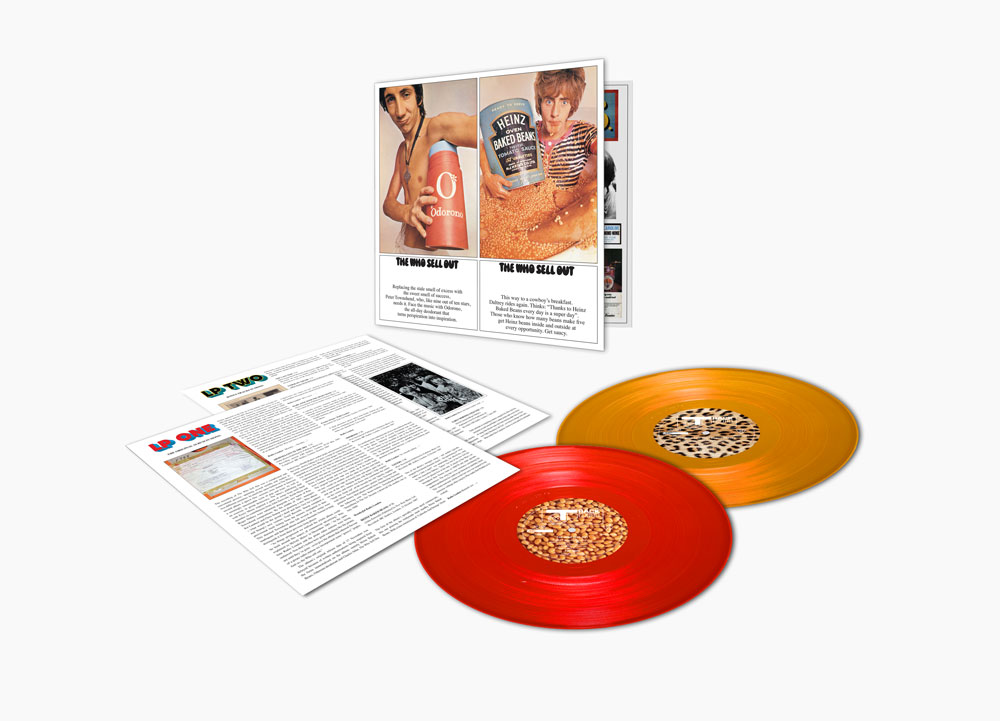